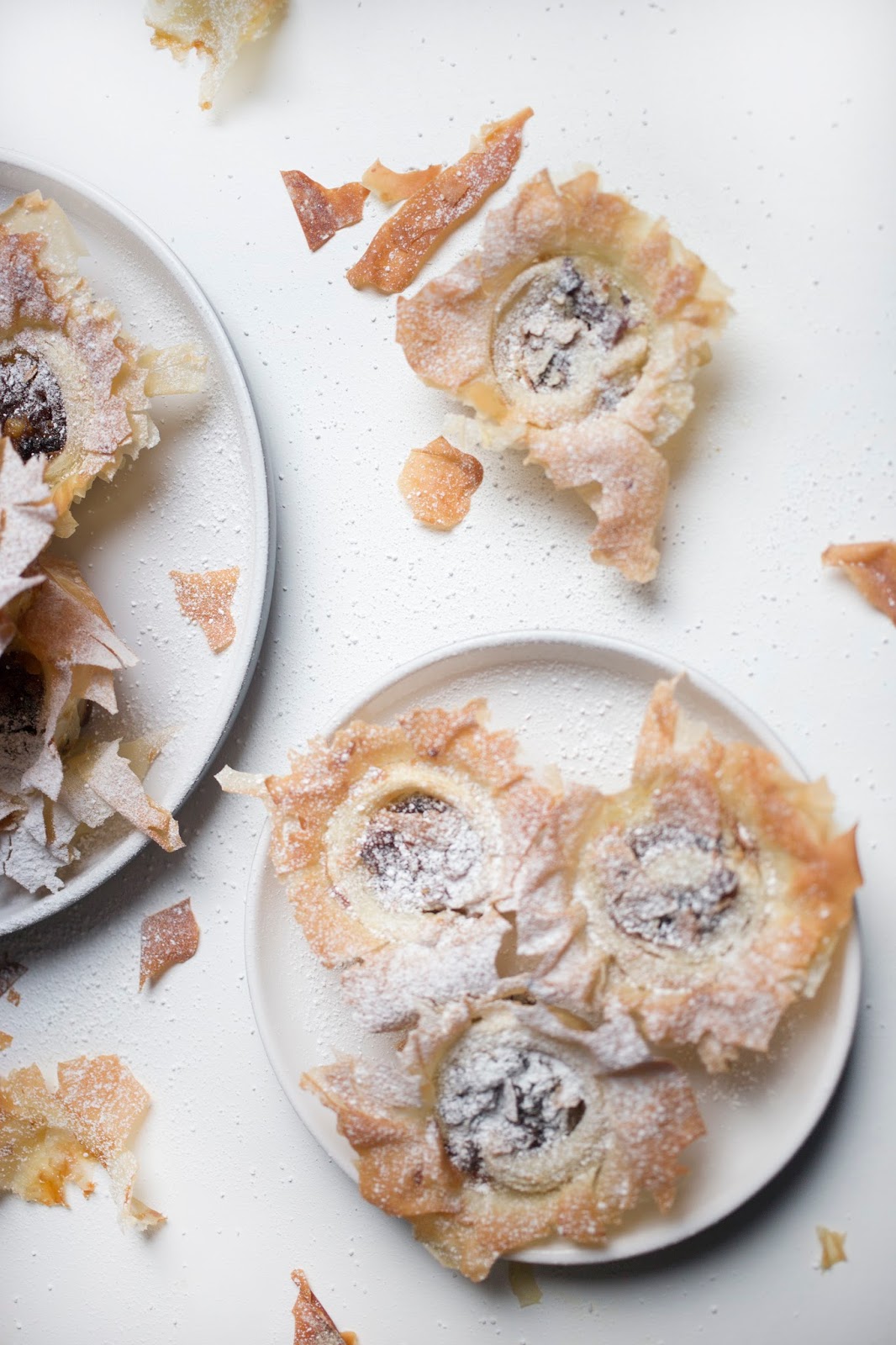 What would christmas be like without mince pies! Every year I make some, they’re so easy to do and even if no one eats them (nearly everyone in my family hates them) I still enjoy it. I’ve said that these have a twist because they’re not made with the traditional shortcrust, but with filo and puff pastry instead. I haven’t really got much experience with filo, you have to be quite delicate and also get it quite wet which I didn’t which is possibly why mine are slightly more golden then I’d like them to be, however overall I am happy with how they turned out.

I got the recipe from Jamie Oliver’s website, which you can find here. I knew I wanted to do something slightly different to the tradition recipe so when I found these I thought they were perfect. They were really easy to make and look really good, more unusual then most mince pies. I’d say to use this recipe as a guideline because I found that I needed a lot more mincemeat then it stated and I also didn’t use flaked almonds at the end as I don’t like them too much. 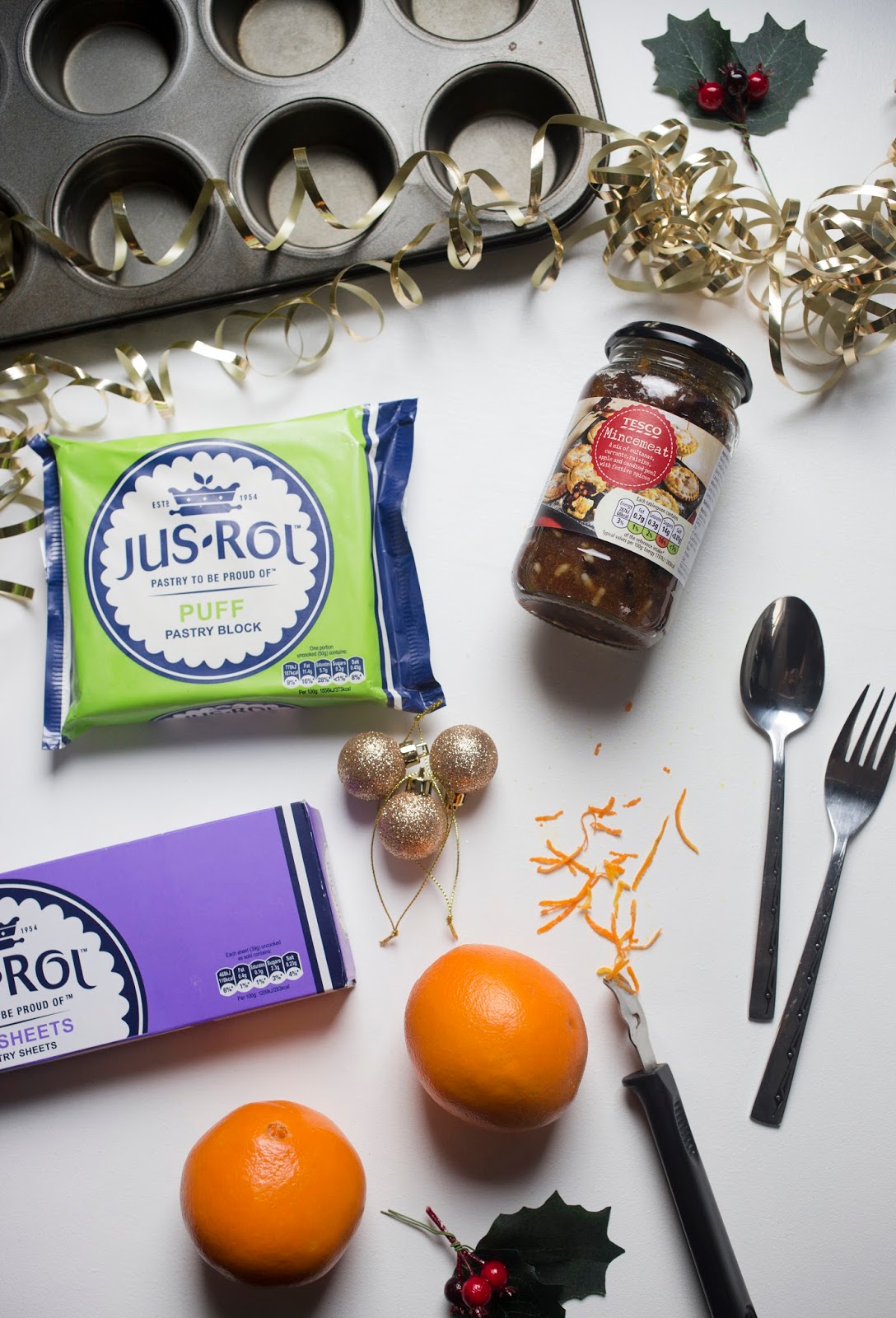 Pastry – Your own or shop bought 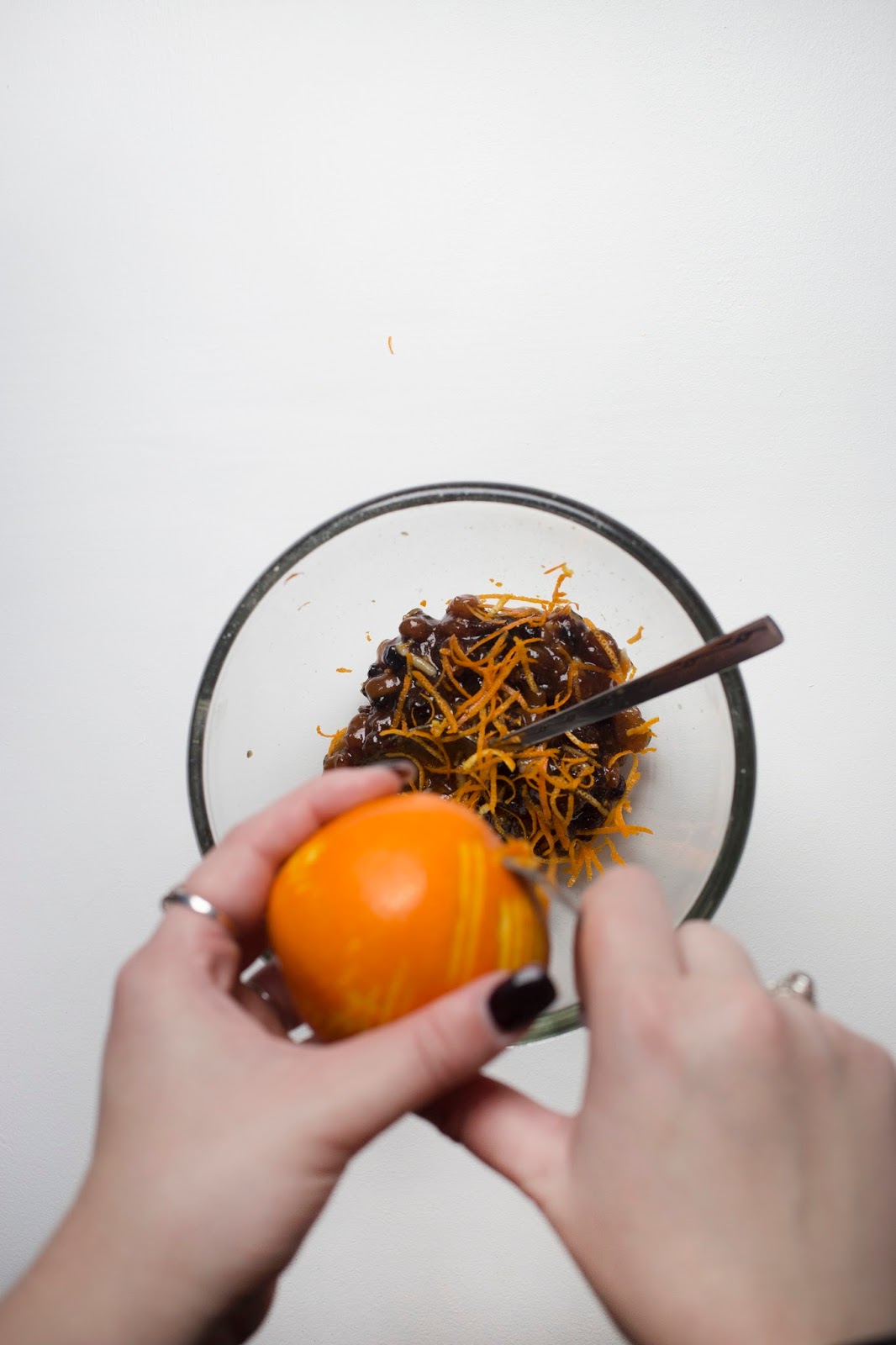 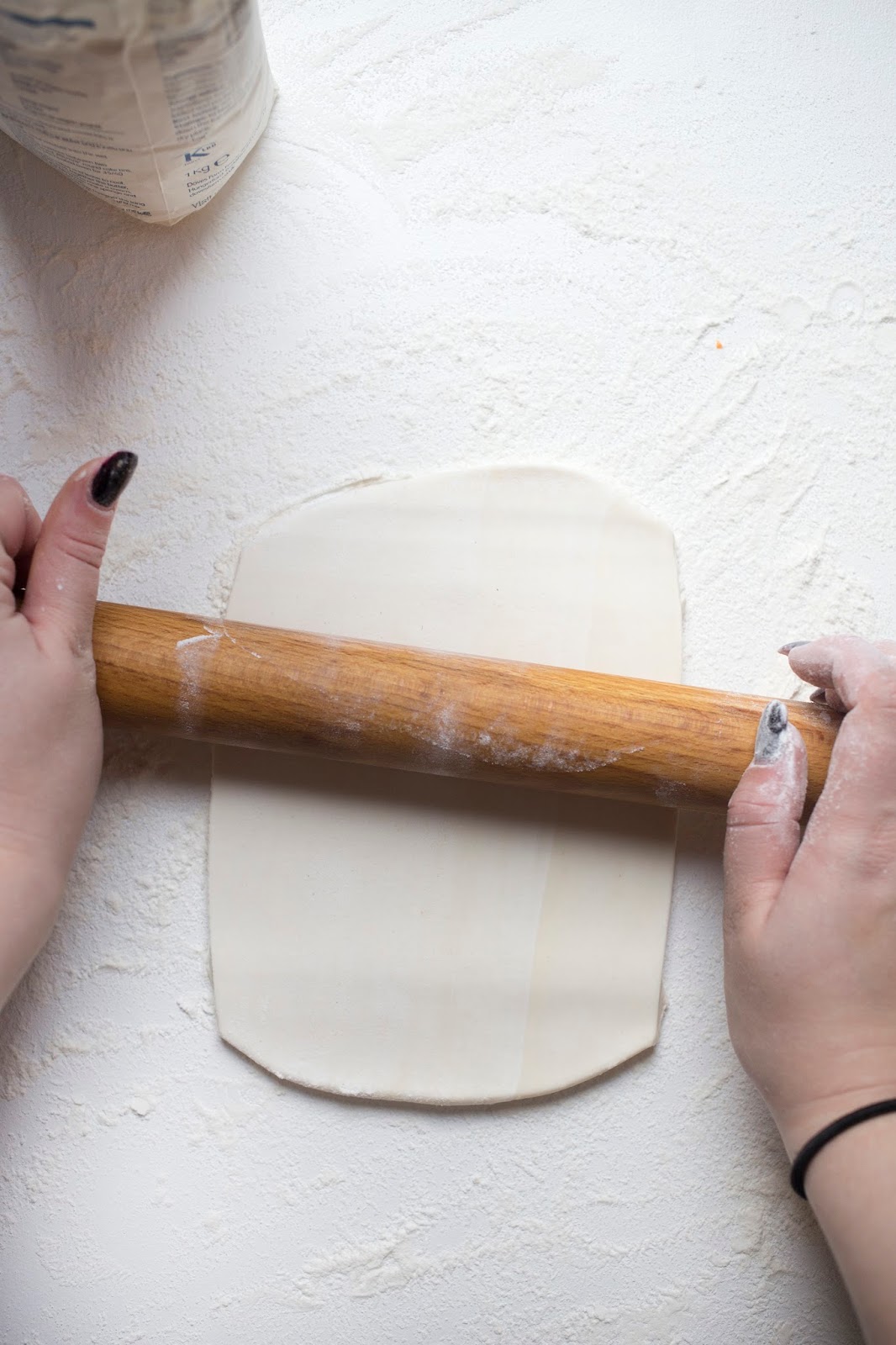 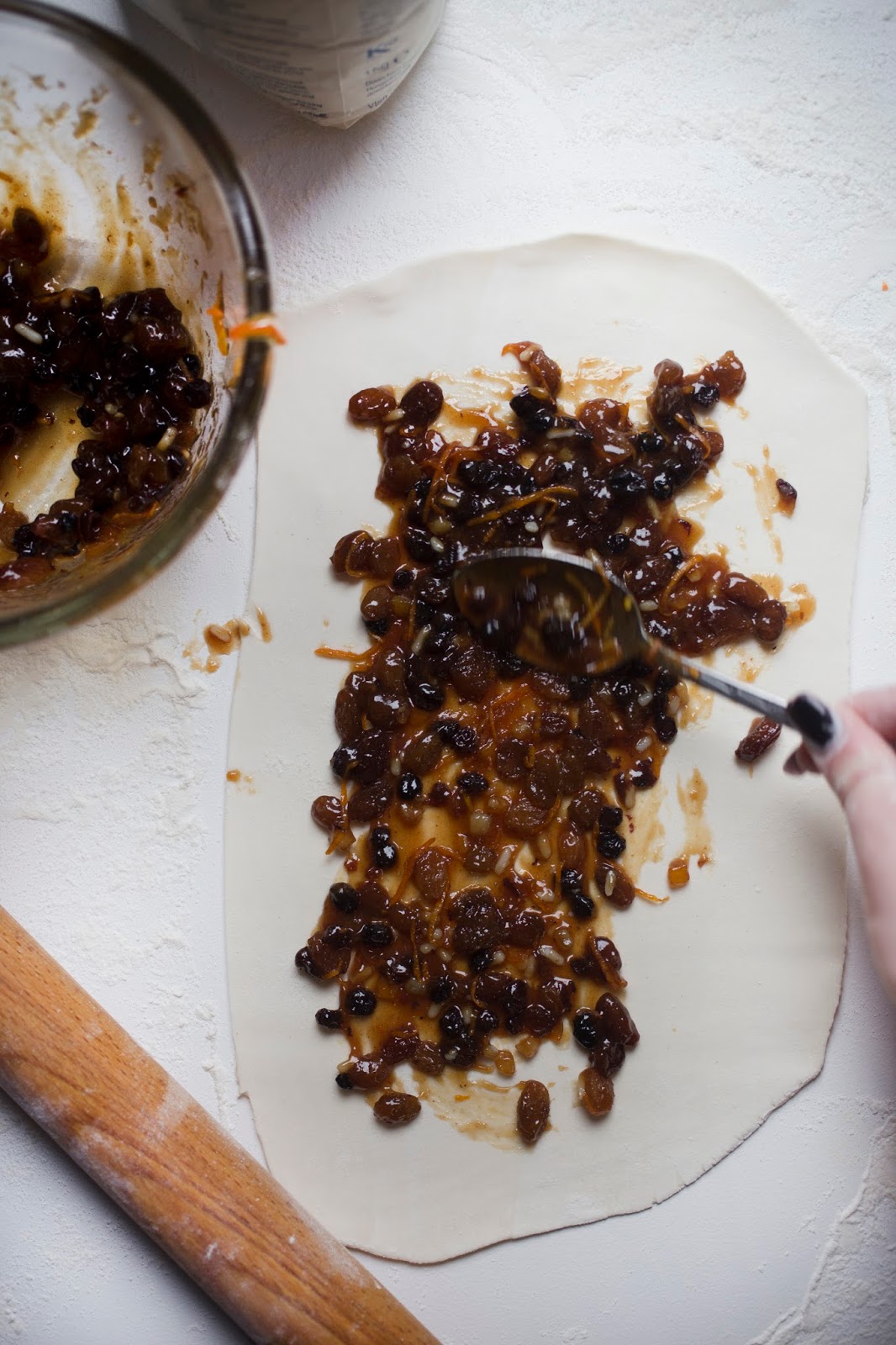 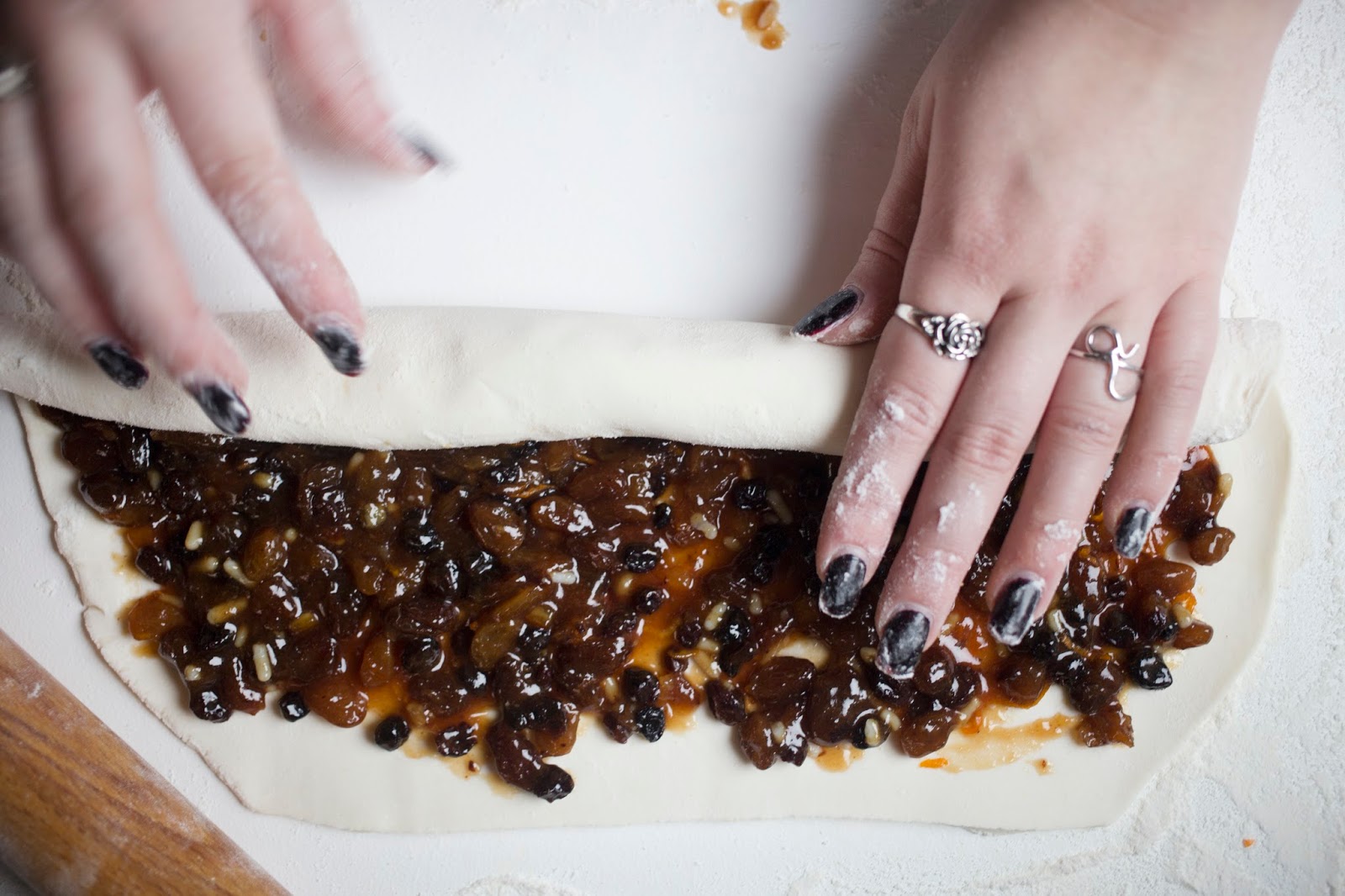 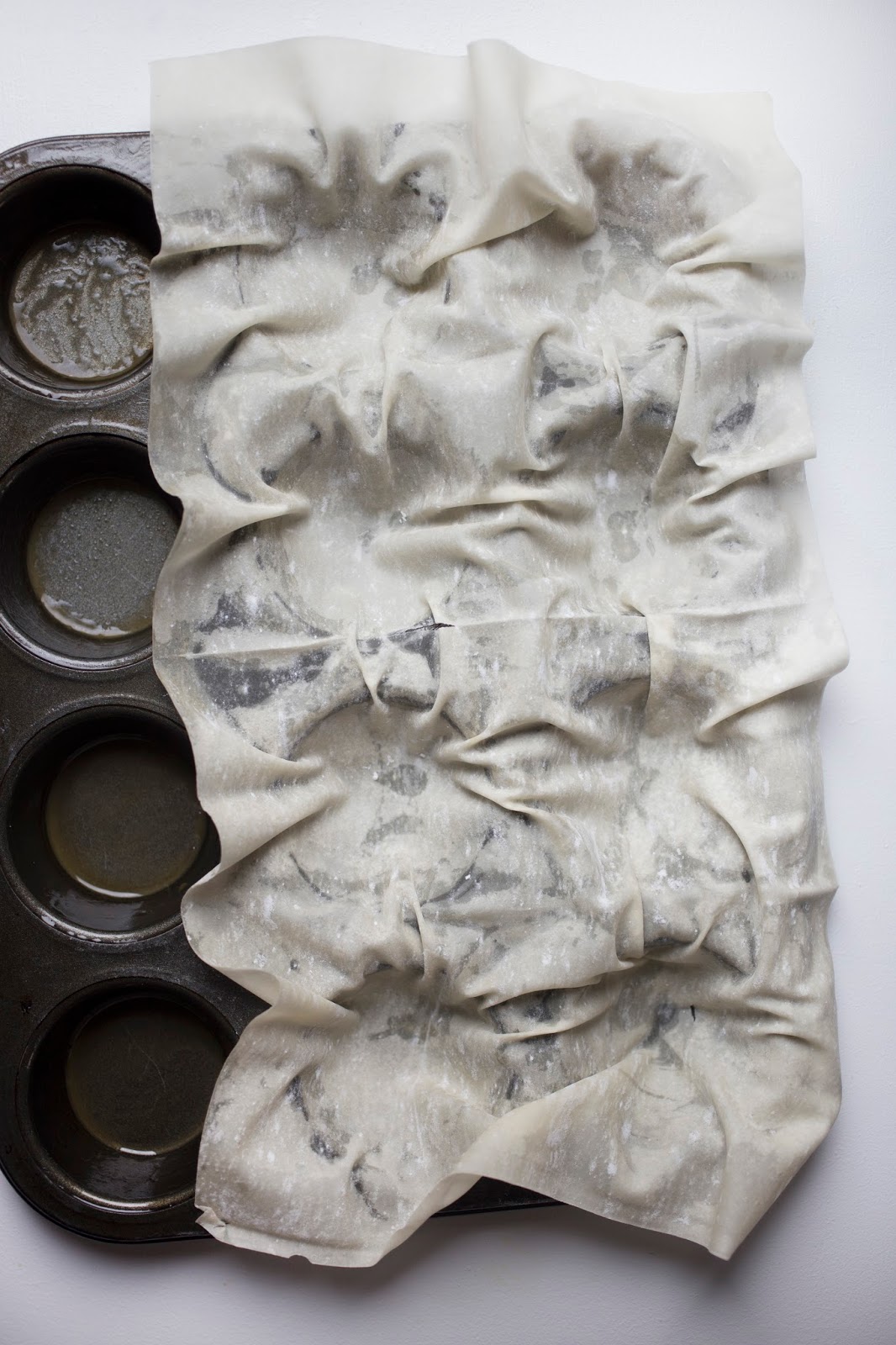 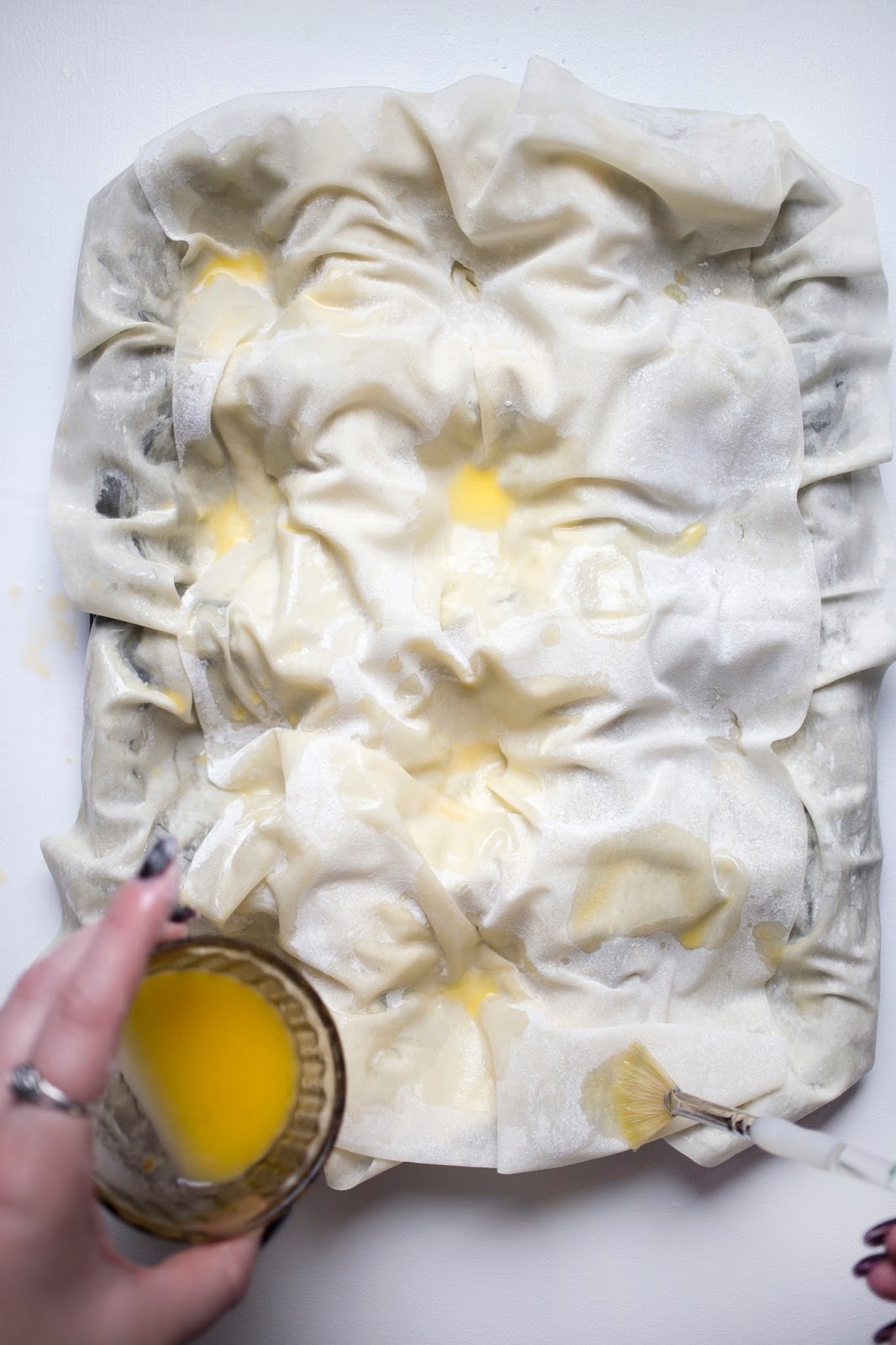 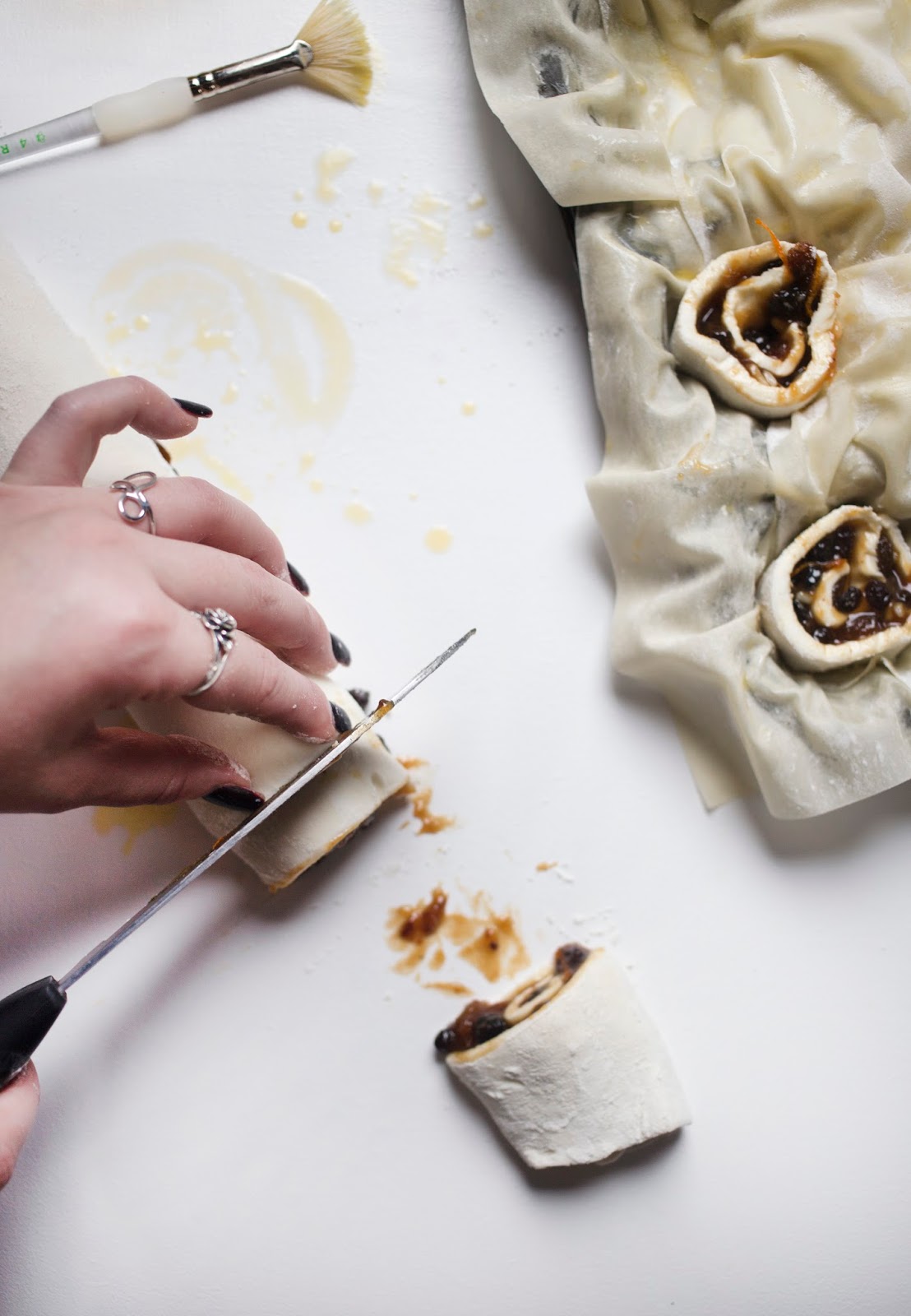 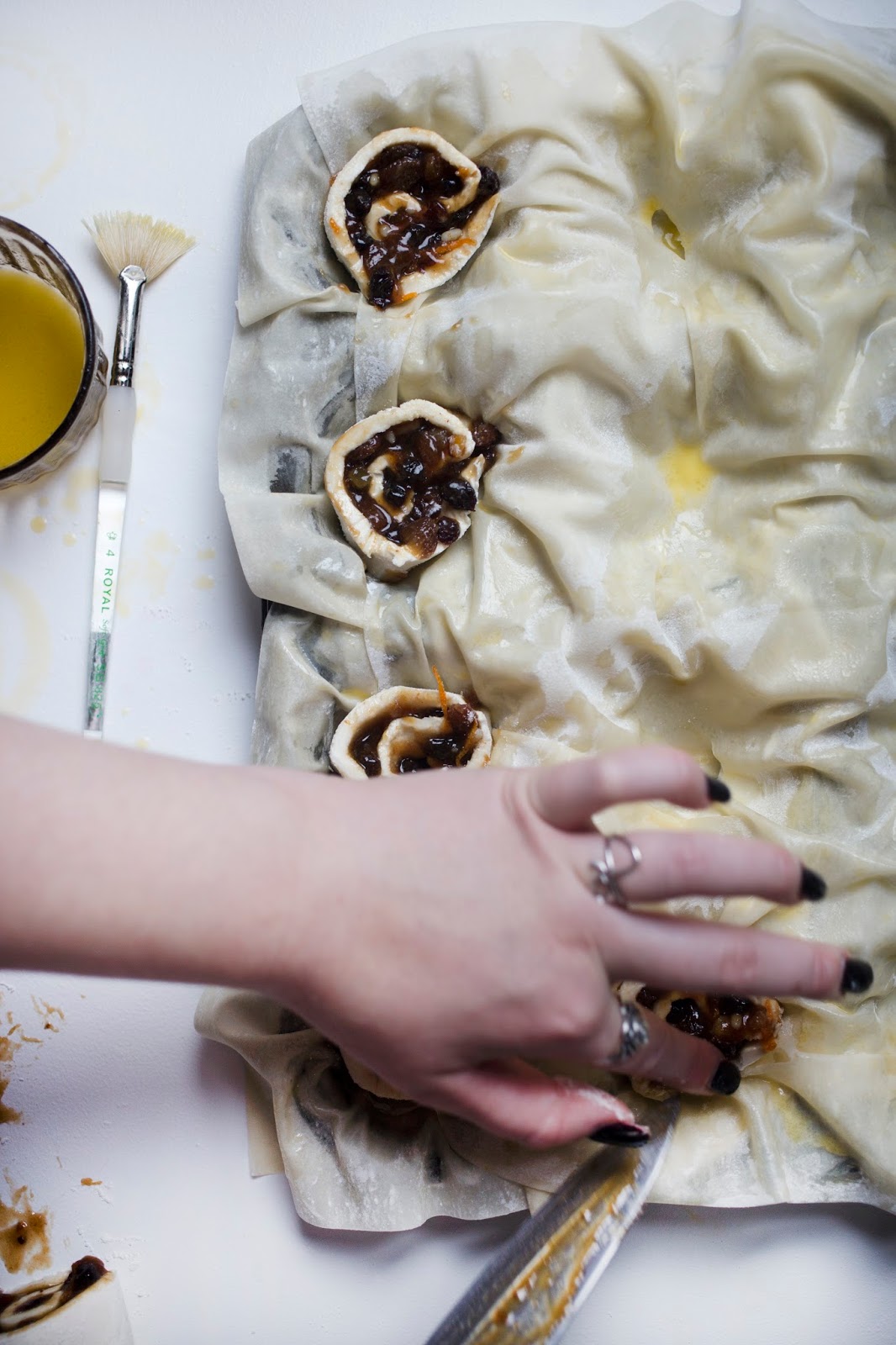 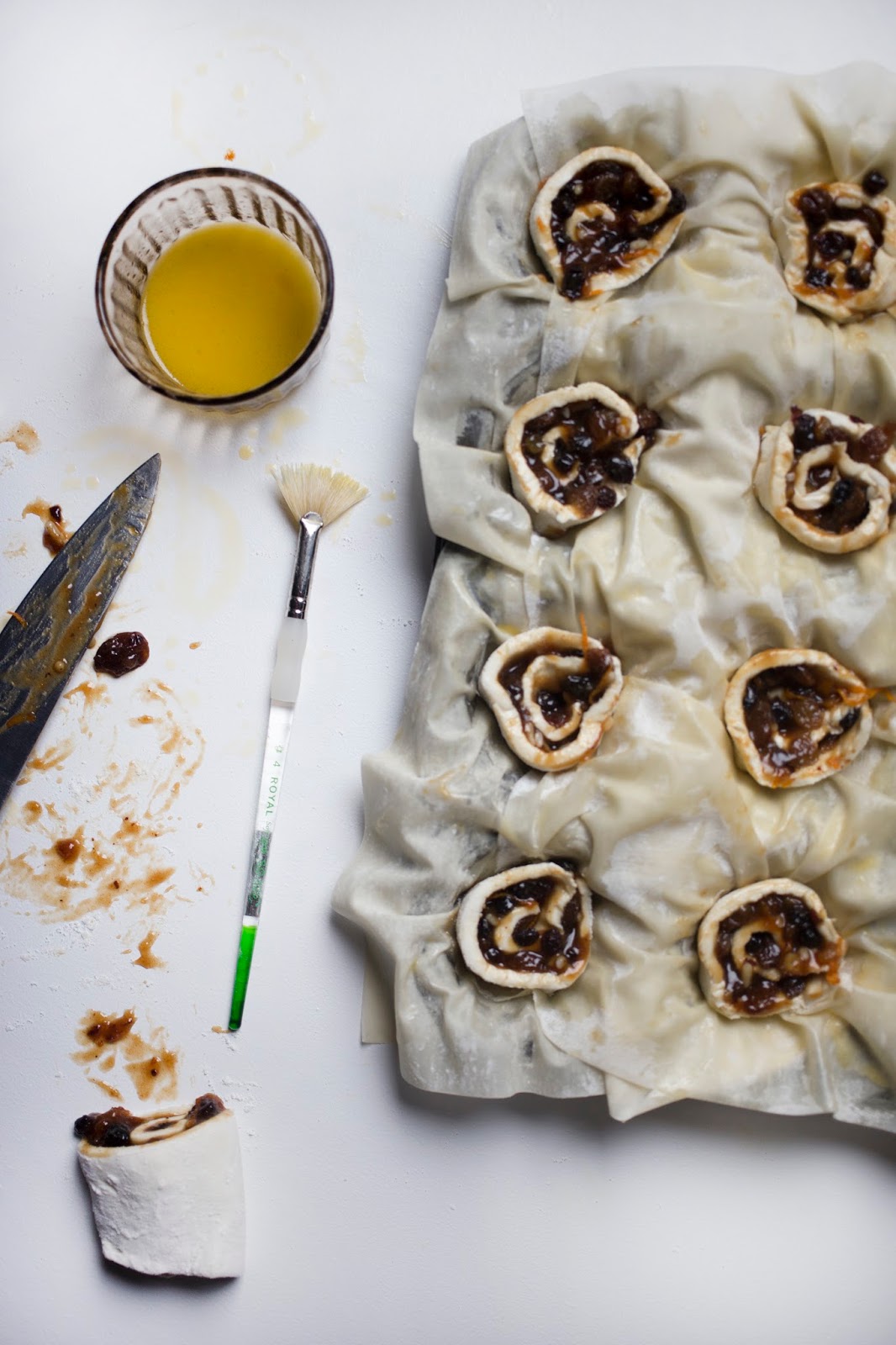 The first thing that you’ll need to do is preheat the oven to 200°C/400ºF/gas 6. Scoop your mincemeat into a mixing bowl and mix in the dried berries, the clementine zest and the Sherry or Brandy. I don’t really add much to mine, mainly just the zest of the oranges but you can adapt this recipe to your own tastes.

Then you’ll need to dust your work surface with flour and roll out the puff pastry into a big rectangle (20cm x 40cm) and the thickness of a pound coin. I think mine was slightly too thick as it seemed to be quite thin when I was rolling it out but when I was cutting it up, I thought that it could have been slightly thinner. This doesn’t matter too much.

After this you’ll then need to thinly spread your mincemeat over the pastry, leaving a 1cm gap around the edges. I didn’t want any to spill out the sides, but again this doesn’t matter, the more messy the better. You then need to tightly roll up the pastry, lengthways (like a Swiss roll), think about this/make sure you’re doing this the right way before you start rolling. Place it on a floured tray, and pop in the fridge to firm up. I wasn’t quite sure how long it needed to be in the fridge but mine was in there about 10-15 minutes, I didn’t time it but once I had cleared up a bit and done the next steps, I felt like this was long enough.

The recipe says that this will make 24 mince pies however I only made about 12. So for this take a cupcake tray and butter it lightly with melted butter. Place one layer of filo pastry over the tray (you might need more than one sheet to cover your tray depending on the size of the sheets/tray) and ease the pastry into each hole. Brush with the melted butter, then cover with a second layer of filo pastry. Brush with butter again. I used about three altogether as I felt this was enough, I didn’t want too many layers of filo. Make sure you use plenty of butter, this is where I could have improved as I didn’t use enough.

You then need to get your puff pastry roll out of the fridge and with a sharp knife, cut it into 12 or 24 slices, depending on how many you want to make. You can do this quite thinly but just judge this on how many you want to make. Place each slice into your filo-lined tray. You can then brush with the egg and sprinkle a few flaked almonds on top of each one if you want (but I didn’t) and then pop them into the oven for about 25 minutes, until cooked and golden brown. Make sure that you check on them when cooking as mine were only in the oven for about 20-22 minutes instead of 25 as it says above.

Once out of the oven, leave to cool, then crack the individual pies out of the trays. I found that  a knife (not a sharp one, a butter knife would do) really helped with this. You can also dust with a little icing sugar before serving. 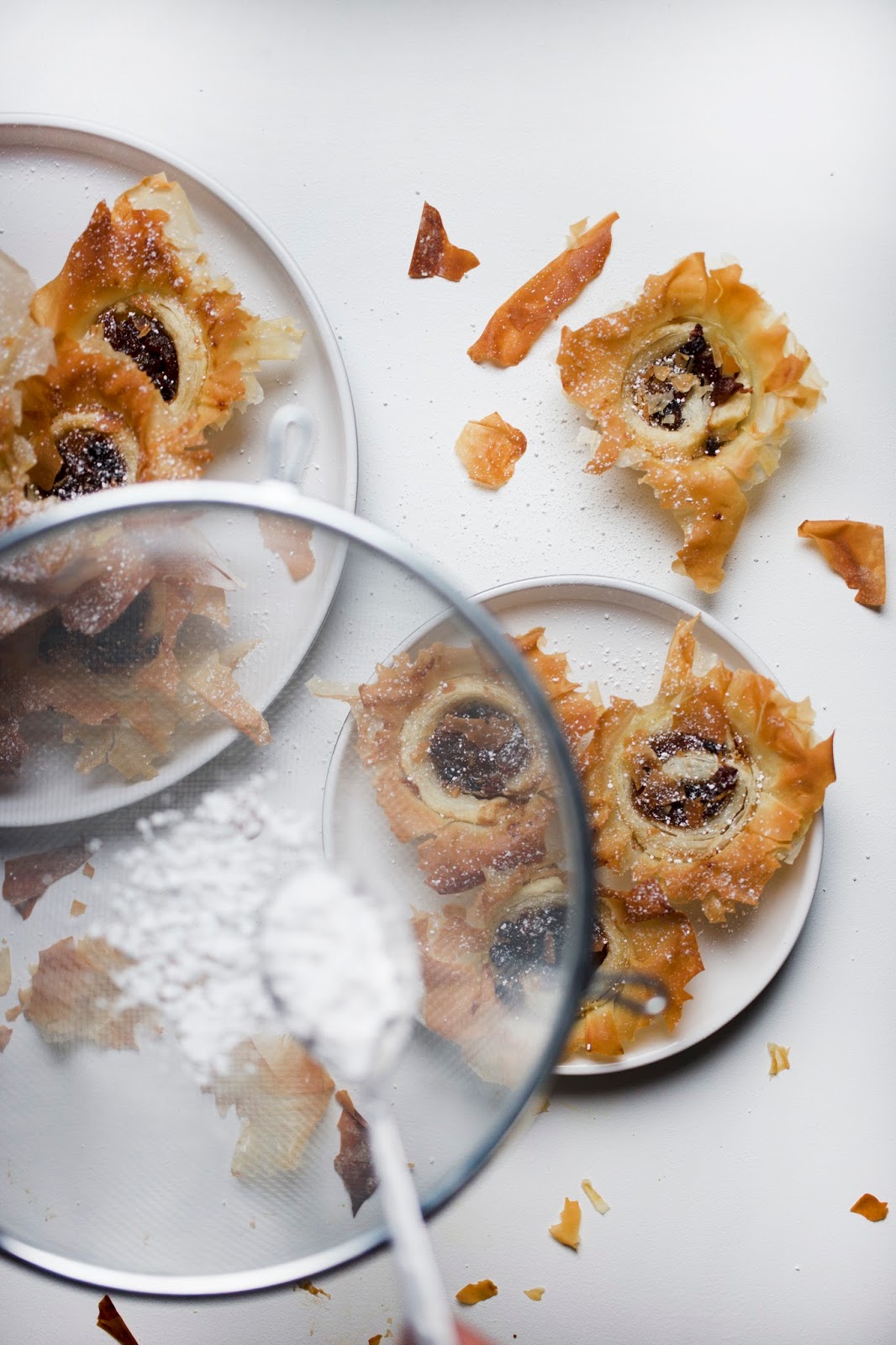 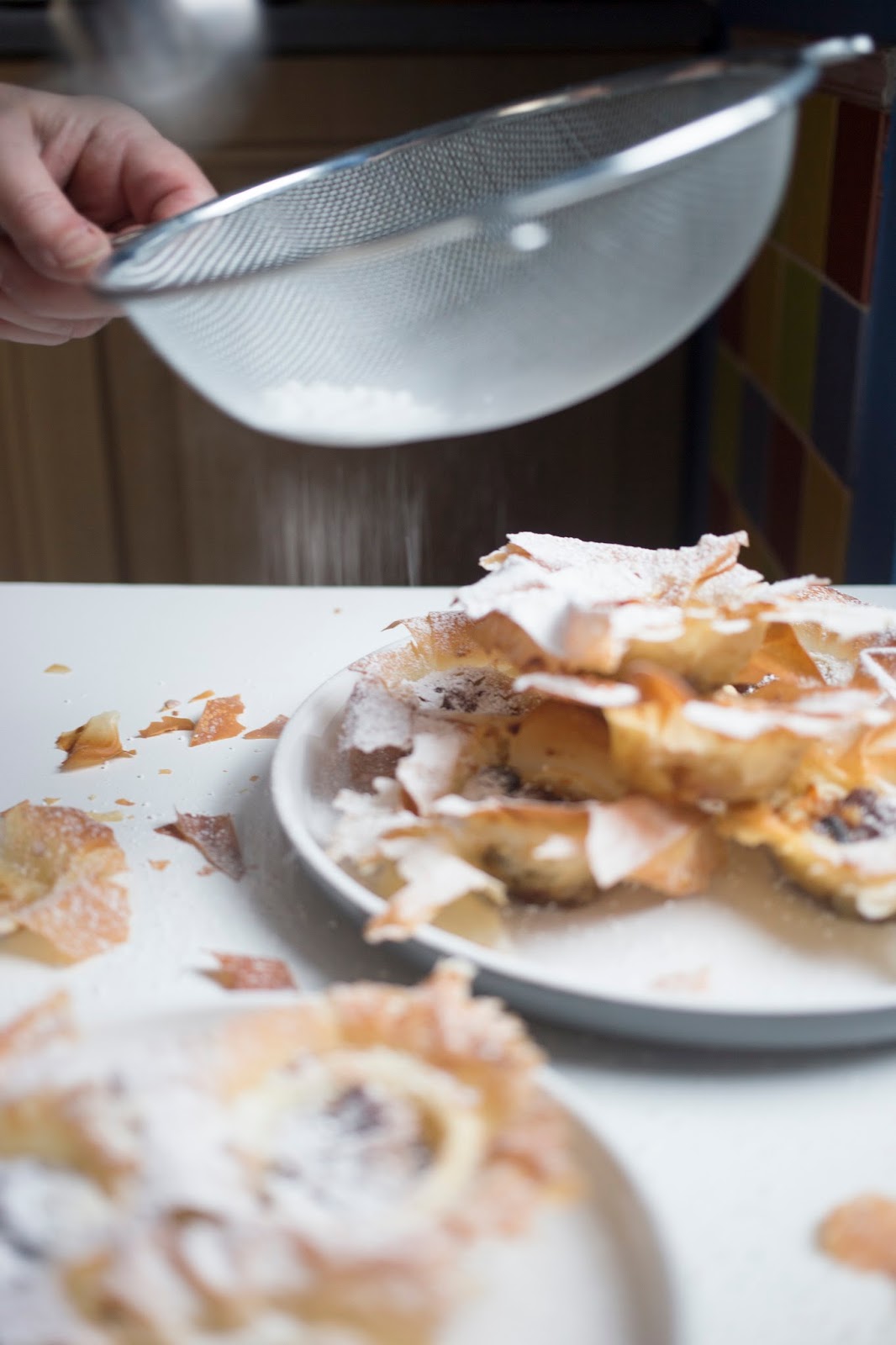 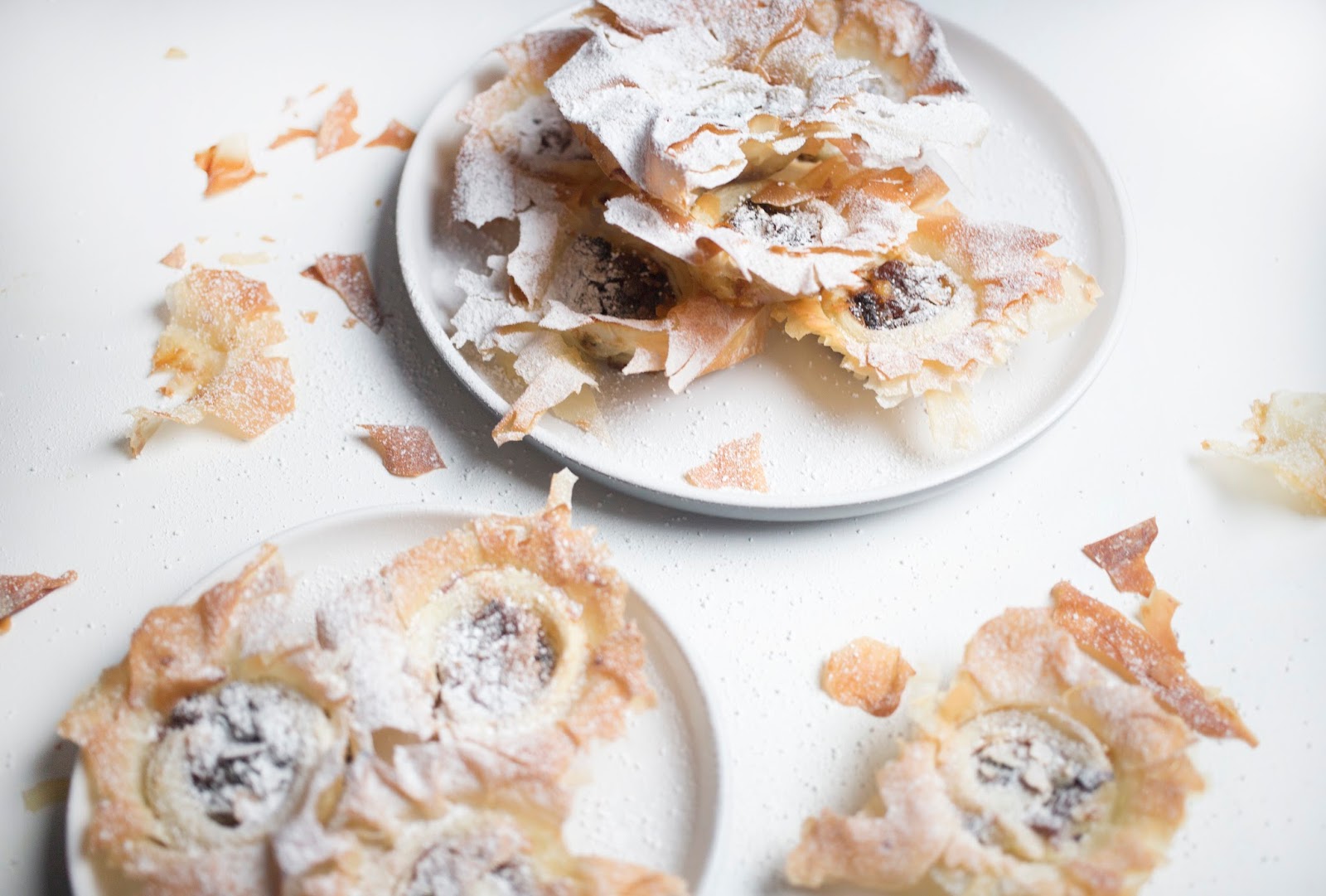 I actually really liked doing this post, I’ve had some experience of food photography before and even though it can be quite a challenge and is quite stressful at times, I’m pleased with the end result. I’ve taken a lot of photos for this post as I like to have visuals to know what I am doing with recipes, you could make these mince pies from just following the pictures if you wanted.

Will you be giving these a go?