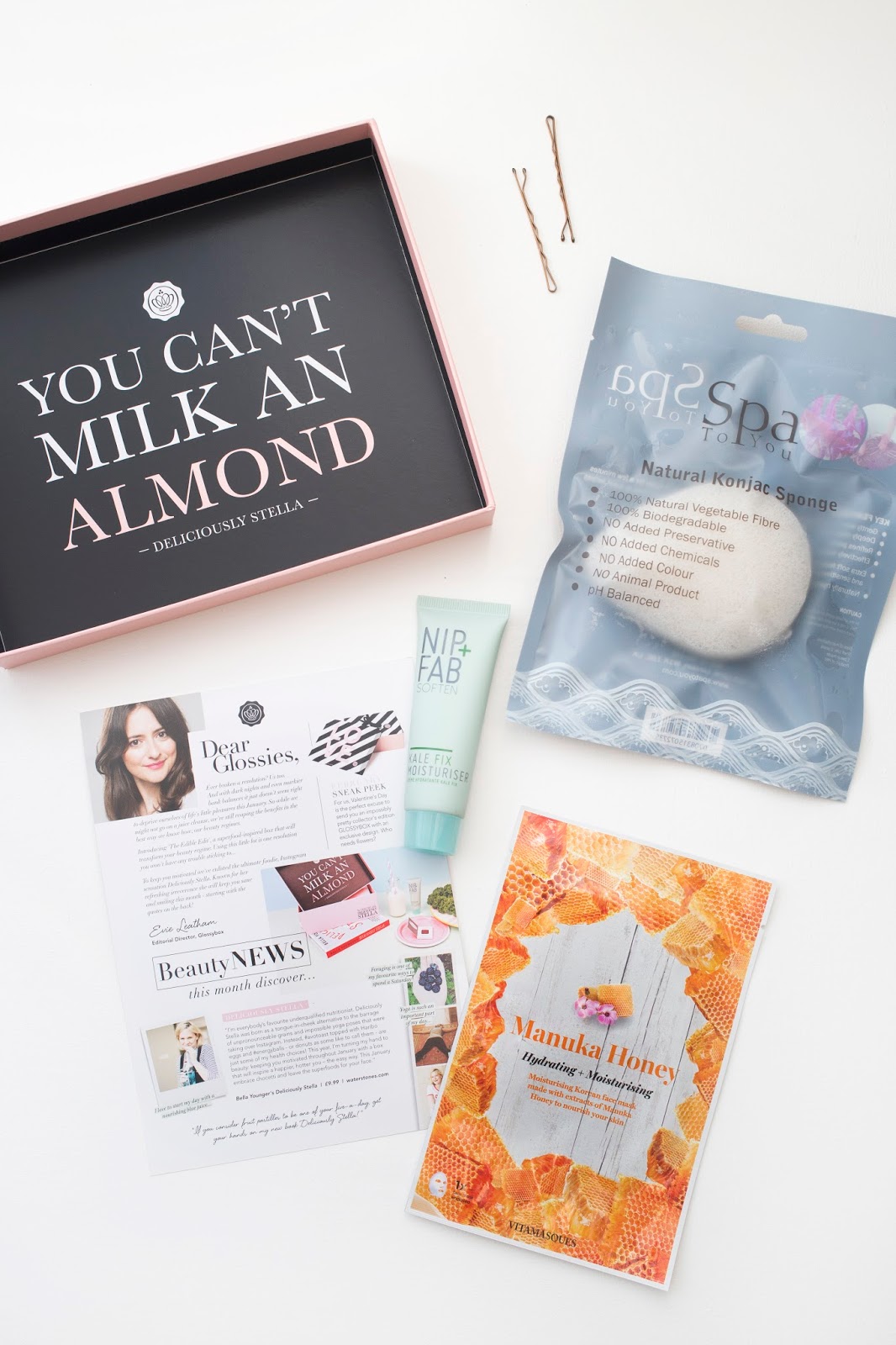 This months Glossybox was a collaboration which is something that they have done in the past and have been quite popular. This month it was focusing on the “healthy eating trend, so all the products have some kind of food element to them. The whole box was curated by Deliciously Stella, I hadn’t actually heard of “Deliciously Stella” before but from reading this interview I think I understand a bit more about her/her brand. This to me didn’t really make sense to include in a box as me, and many women I’m sure get these boxes as a treat to feel a bit better about ourselves and to discover new products and to have someone take the piss out of that seems a bit weird. I know she’s parodying the “clean eating” trend and the products but I just thought it was a bit of a weird collaboration between the two… Anyway aside from that, I liked the idea of “healthy” products in this months box. 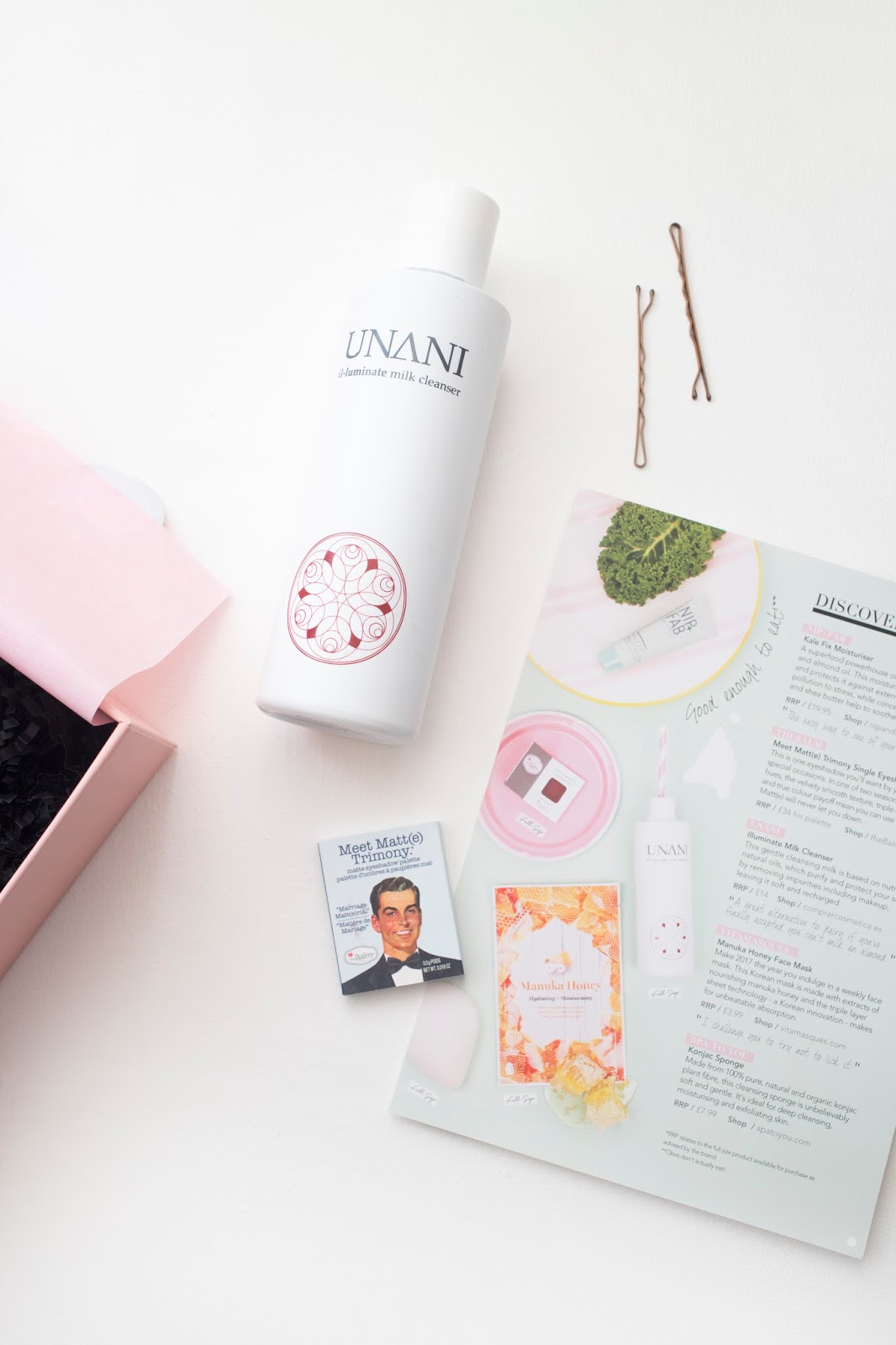 NIP+FAB Kale Fix Moisturiser
This is by far my favourite thing out of the whole box, I wish that they gave us a bigger sample! I have never tried anything from the brand before (but I have heard of them) but I’ve read up a little on them since and I really like them and their values. The moisturiser in question is so hydrating on the skin, it takes a moment or two to sink in but feels really expensive, it’s not heavy at all. I’ve also checked and pretty much all of their products are suitable for vegans (just check which ones as some contain honey, their website is really helpful) which is something all of us should be thinking about. There’s so many products out there with animal by-products in so this brand excluding them actually was quite refreshing and is more encouraging for me to buy their products in the future.

THE BALM Meet Matt(e) Trimony Single Eyeshadow
I was a little bit disappointed with this, not only is it a colour which I don’t think I would actually wear at all, it didn’t really make sense to have it in the box? A champagne colour would have been better, natural and enhancing to the eyes not a seemingly random purple? Anyway I tried it out and I liked it but didn’t seem to be that pigmented, I tried to pack it onto my eyes and blend out the edges but didn’t seem to work too well. I might just it with a slightly damp brush next time, see if that helps at all.

UNANI Illuminate Milk Cleanser
This has been the cleanser that I’ve been reaching for lately to remove my make-up, I wanted to properly try it out. It seems like a nice cleanser but also quite average, like there isn’t anything outstanding about it but it does a good job. It doesn’t seem to have a harsh smell like a lot of cleansers do which is a bonus. I do seem to have to use a lot of it thought to properly remove my make-up so this could be an issue, I generally want a cleanser which is long lasting and not one I have to but every five minutes because I have to use so much of it to get the job done.

VITAMASQUES Manuka Honey Face Mask
Glossybox seem to LOVE sheet masks as it’s the only mask they ever include! I like sheet masks as much as the next person but it does seem to be slightly repetitive. If it didn’t say that this had honey in it then I wouldn’t have known, it didn’t seem to have a smell to it at all but did stay on my face well and was very hydrating. I don’t find that theres much to say about sheet masks, I prefer peel off ones or even clay masks more but that is just personal preference.

SPA TO YOU Konjac Sponge
This I found weird. Just, very weird. I combined this with the milk cleanser as I thought that this would be a good combo but didn’t seem to do much, it says that its for deep cleansing and exfoliating however I think that using my fingers would be better than this! I just don’t think this product was for me at all as I just didn’t get on with it and then forgot about it altogether so it hasn’t got much use. 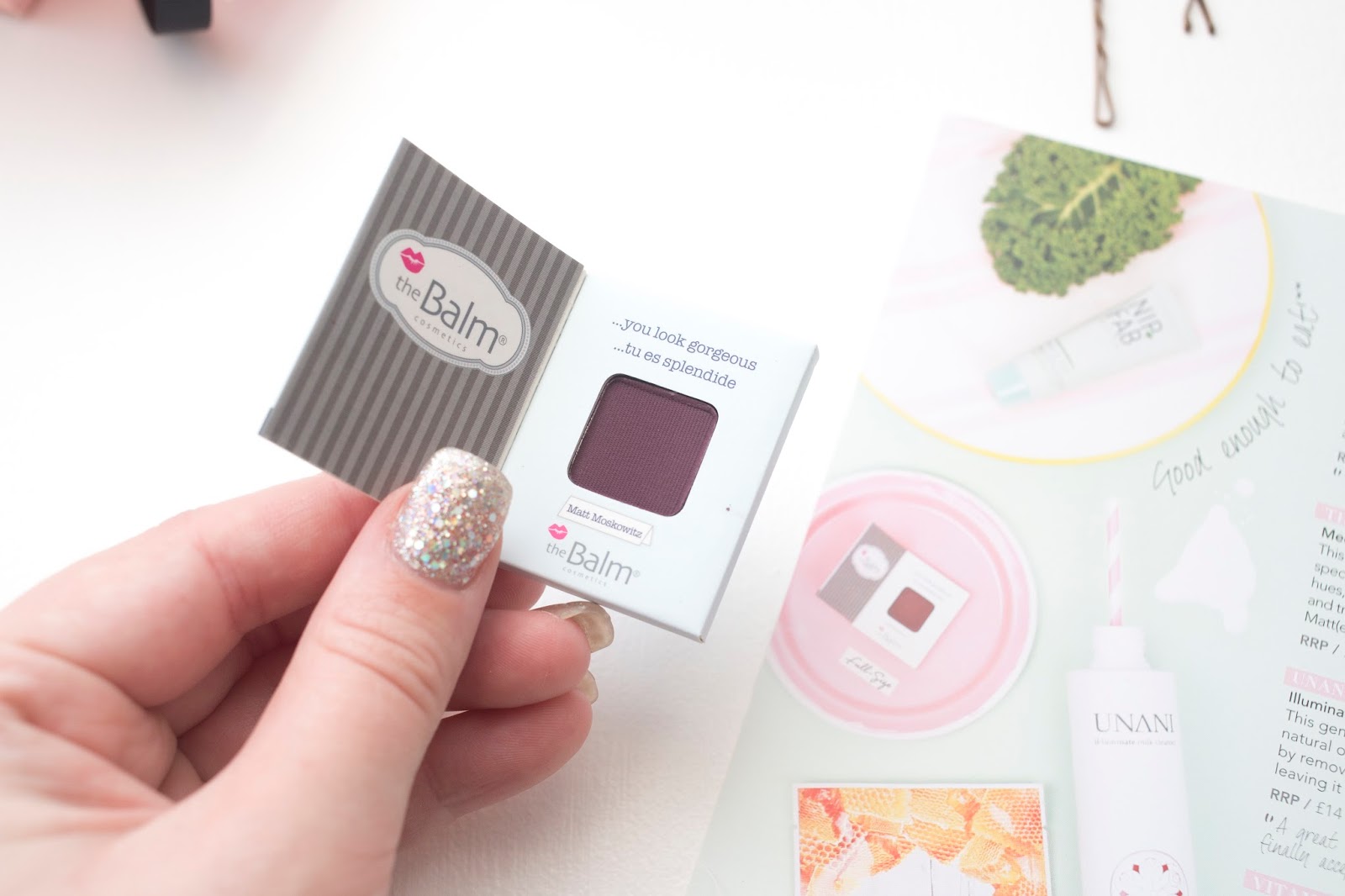 I really liked the idea of having a box which was detoxing of sorts and introduced me to loads of natural products but for me the reality of it wasn’t actually that good. Out of all the boxes which I have received I think this is my least favourite, saying this I do like how they have decided to do something natural and I do like some of the products, mainly the Nip+Fab moisturiser.

I’m excited to see what will be in next months box, this is of course the February box so I’m assuming it will have something to do with Valentine’s day. This will also be my last Glossybox that I will be receiving at the moment which I explain more in that post.