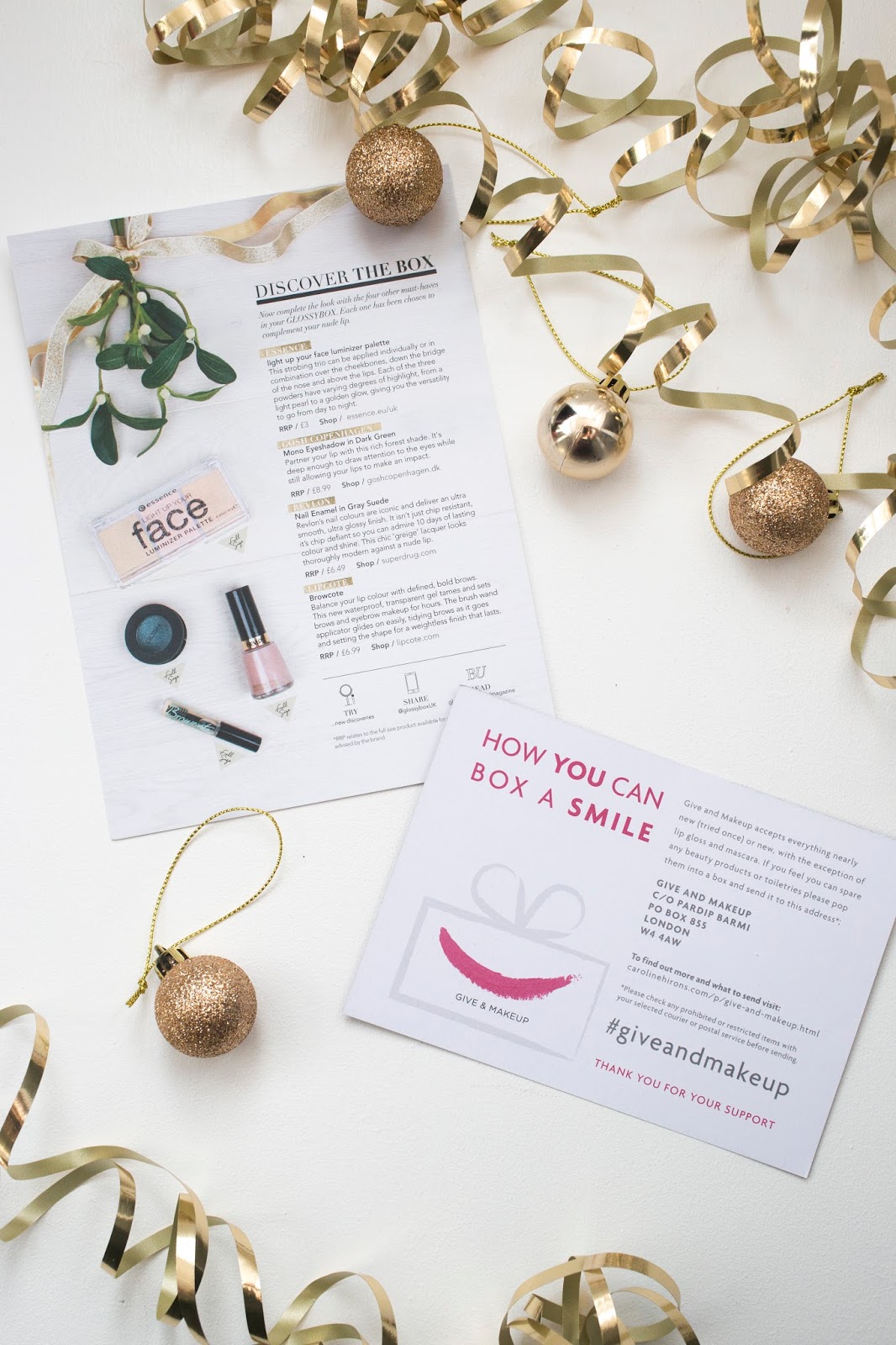 This months Glossybox was quite a special one as you were allowed the choice between two boxes. The whole box would help you create a certain look focused around a lipstick, either a bold red or golden nude shade. As I have mentioned, I’m not the biggest fan of lipsticks but if I was going to wear one, a nude lip would suit me better than red so I went for this one. The first thing that I noticed about this box was everything was full size, this makes it incredible value for money and also quite exciting. I also really liked the packaging this month, it was different to their normal pink and seemed quite fresh. 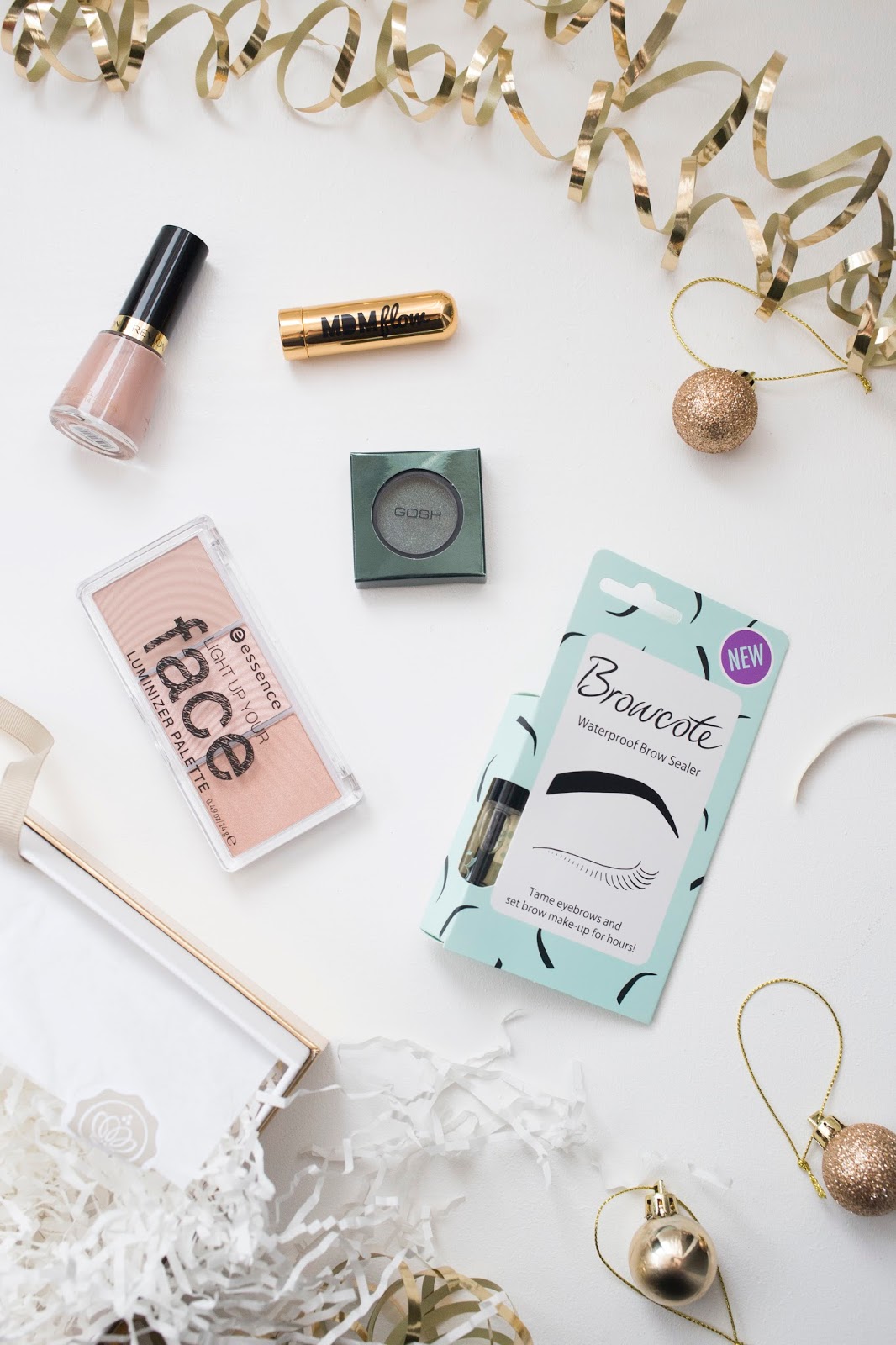 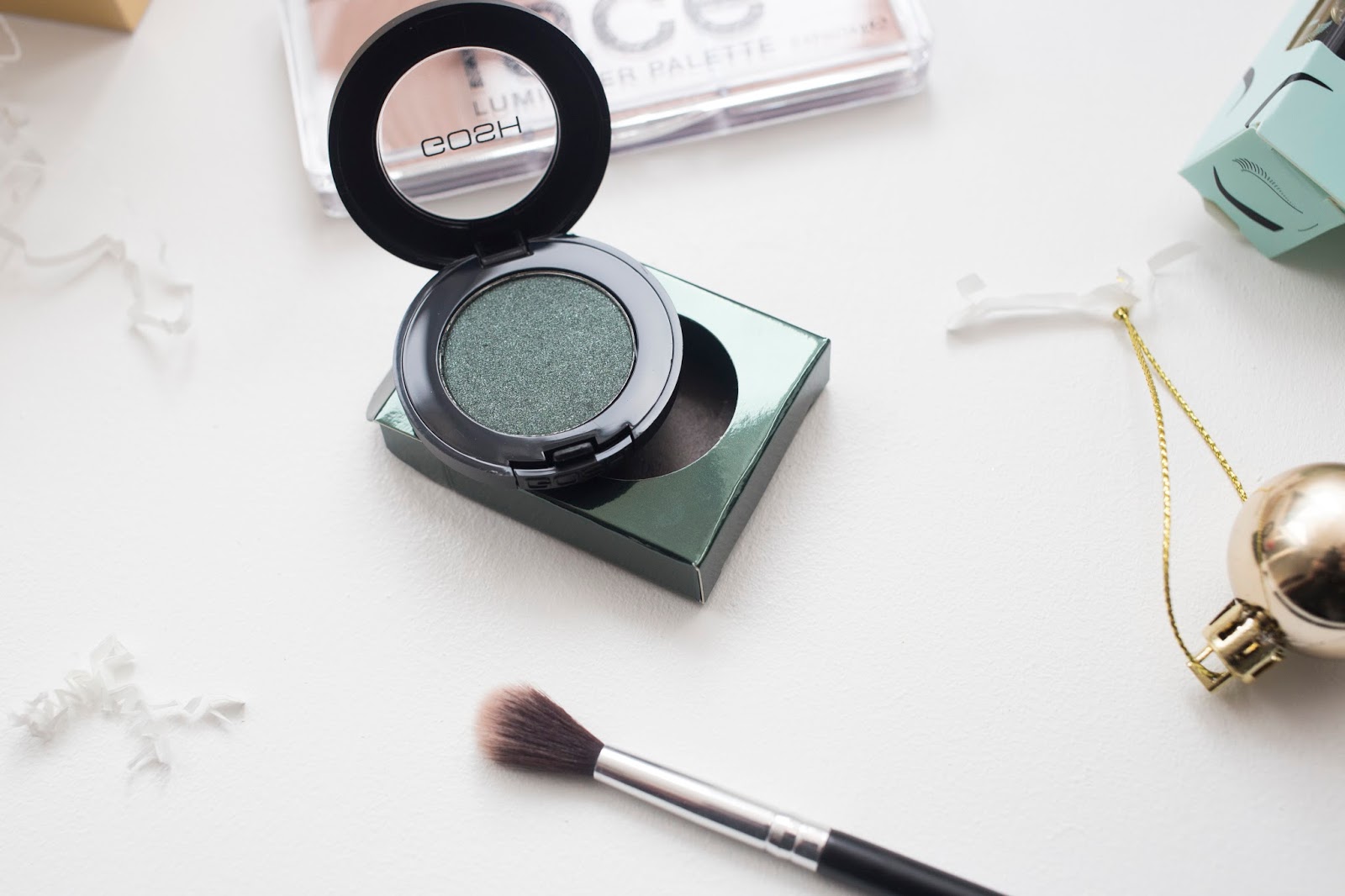 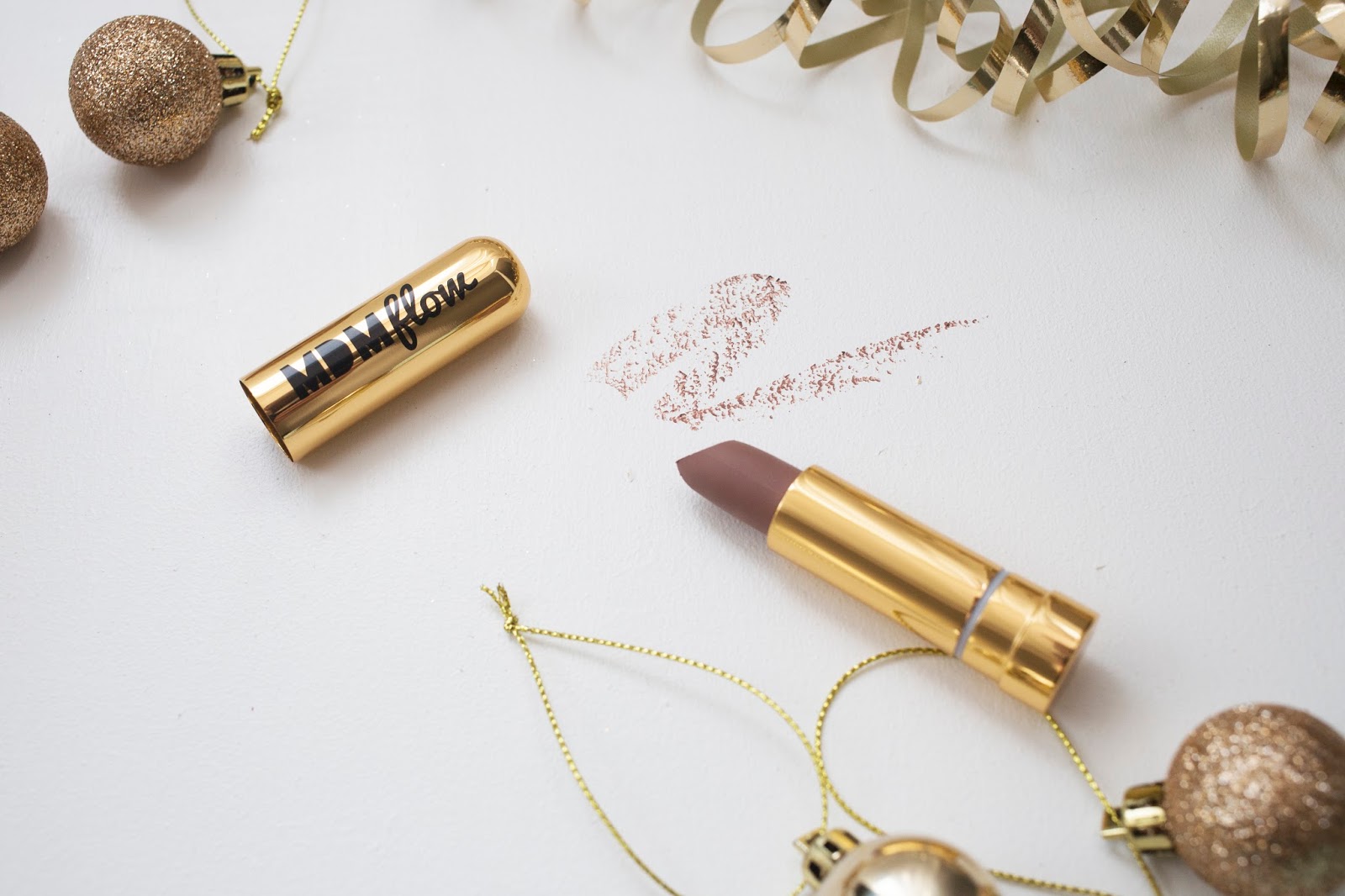 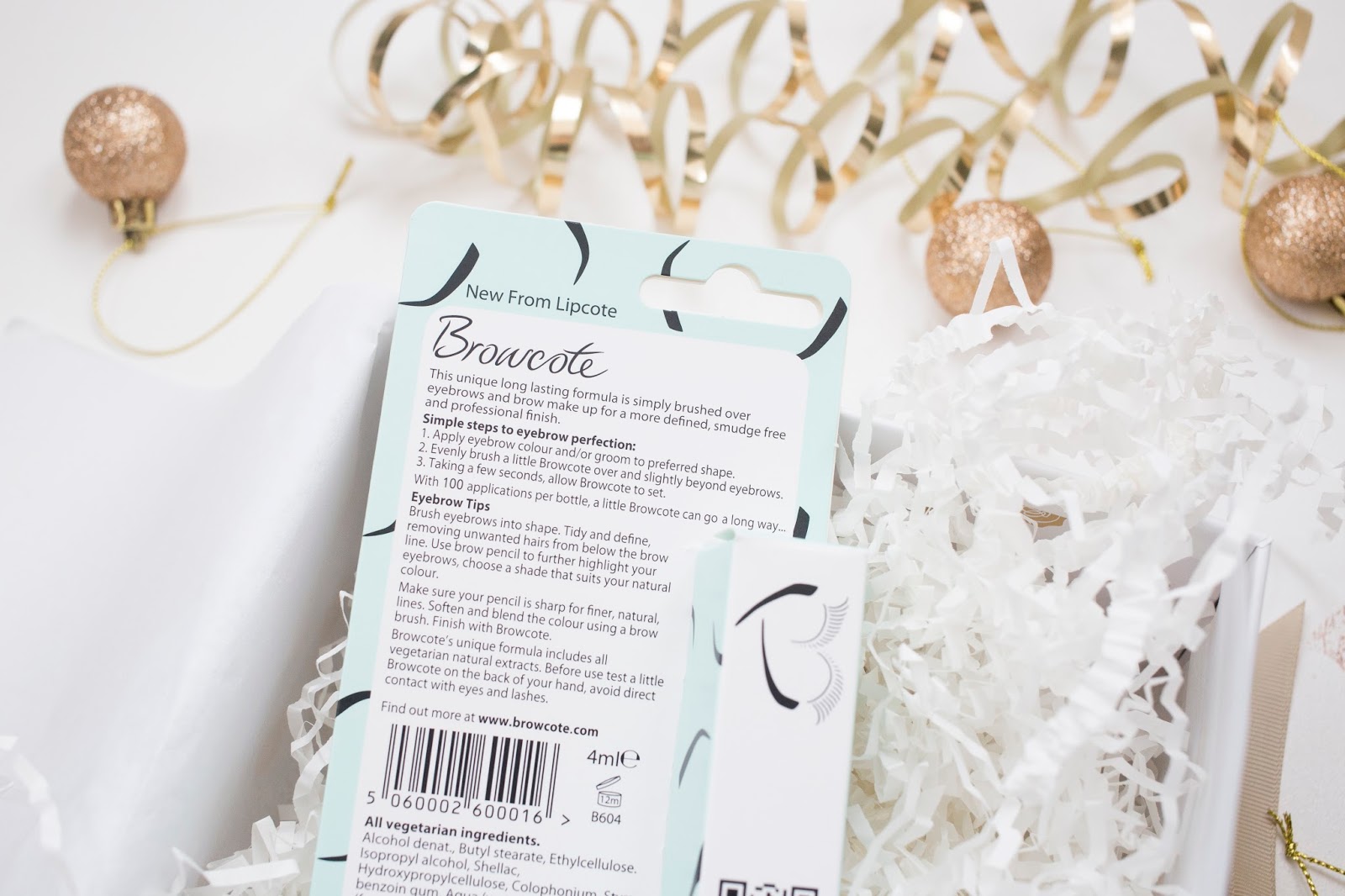 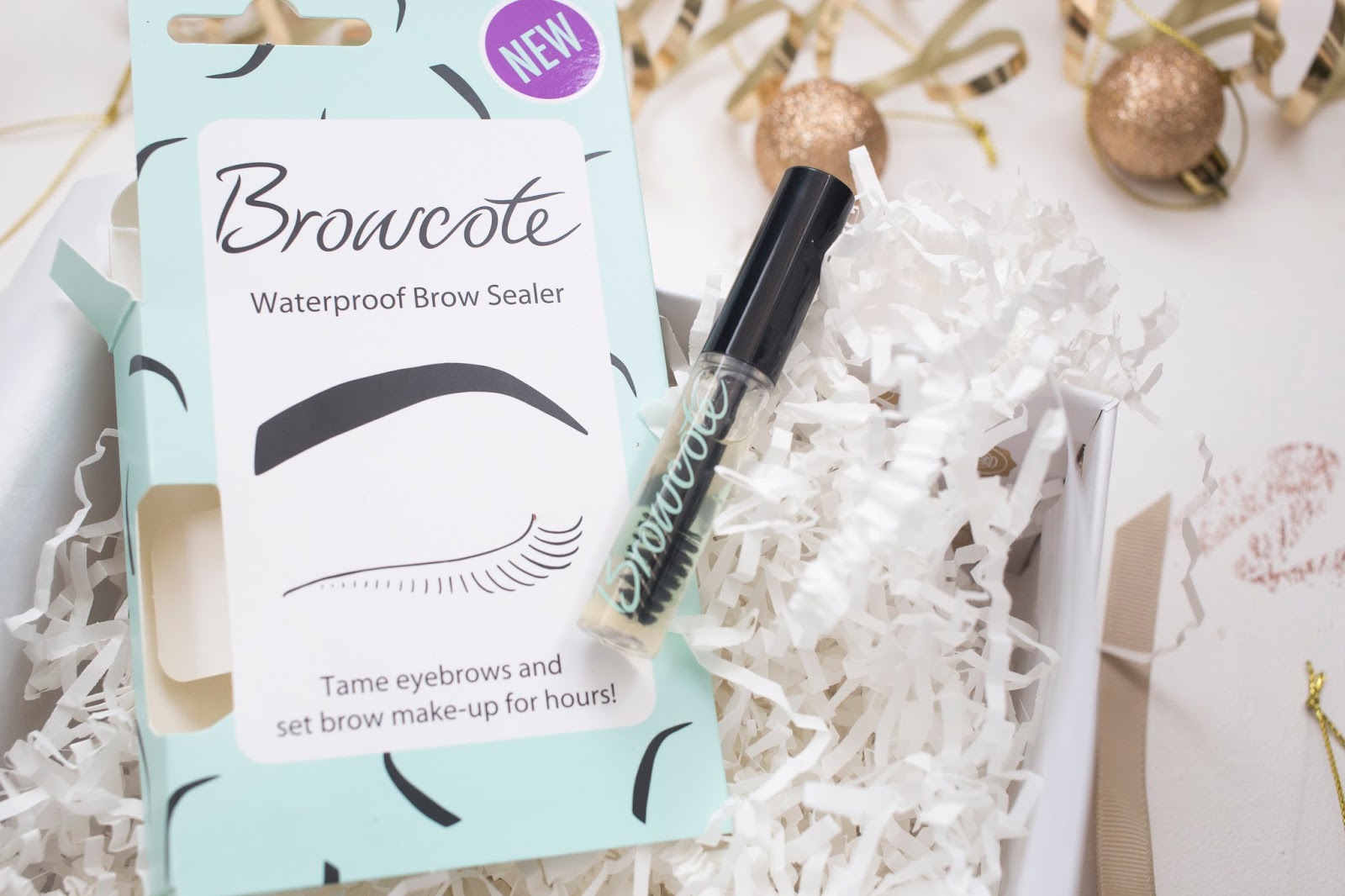 I have have probably mentioned like a million times already, lipstick just isn’t my thing however I LOVE THIS. And that isn’t an understatement. I was a bit unsure when I first put it on as it just seemed quite brown, however this isn’t a bad thing as I have had so many compliments on this. I think it goes with my skin tone well, apparently it has chocolate undertones in it which suit a lot of people. I would suggest that if you can’t get nudes/lipsticks to work for you then try this one out as it just seems to suit anyone.

I always find it a bit weird when they include something so cheap in the boxes however I think it’s because it’s a brand that people wouldn’t normally pick up but are actually really good. This highlighter palette contains three which have varying degrees of highlight, some subtle and some not so. This means you can wear what you want (all three at once?) and create any kind of look. These work best with a fluffy brush and it does actually tell you where to highlight on the back of the palette which is helpful, I don’t find these to be very long lasting but good to add a bit of a golden glow.

I’m not really the biggest fan of singular eyeshadows as I like to get whole palettes however the quality of this one from Gosh was actually really good. The dark green is meant to go with the lipstick as it draws attention to your eyes, adding depth. It seemed like it is quite pigmented but I found that you had to build up the colour. Apply with either your finger or a flat brush, there is a tiny bit of fallout but nothing major. I have green eyes and found that this really made them stand out.

Another Revlon Nail polish! This is in the colour Grey Suede and is such a lovely nude colour with the tiniest bit of shimmer to it. You can either apply a thin coat of this to give a wash of colour to your nails or build this up so it’s completely opaque, looks lovely either way. I can’t really comment on how long this lasts as I get my nails done so this is just on my toes, it does seem to last a long time though.

This is a new product from the same people who made Lipcote (hence the name). This is basically the same thing but for your brows. I don’t personally pay too much attention to my brows as most of the time they are covered up by my fringe however after applying powder I do like to seal everything in, normally this is just with a clear mascara. This browcote product is quite small so I don’t see it lasting very long. I have tried this a few times now but I haven’t really been blown away by it. I’ll continue to use it however I don’t really expect much, it does the job but I think there are better products out there.

I think this months box has been a really good one, I liked how you had two choices and that the products were different for each box. I think the products were well chosen before Christmas as you want to look your best and this includes the last months box as well. I also like how there was products and brands I wouldn’t normally buy from in there as this is what it is all about, making beauty discoveries.